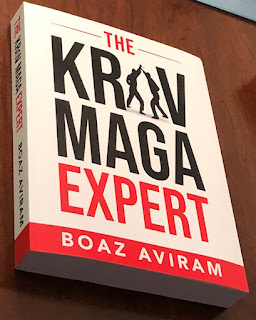 Respect to all these hand to hand combat instructors that were put in a military role of conditioning soldiers to combat. Competent or not they were put in a role, job, selected or fell into it.

Many were serious with inclination to either preserve the traditional dojo or fighting sport branch or branches of which they came from, and some were even courageous to realize and seek and develop modified training methods.

Most folk would never know what really happened, but through reading news and books will try to get a glimpse of history. No one while in a military capacity will be allowed to publish a training program to civilians! Perhaps retiring high ranking officers would be given a chance to make money of a book and obviously if crucial they will have to pass or be overlooked with censorship. This is the politics of such organizations.

Even in military organizations such a complex and unique area of hand to hand combat if valuable, experts are not going to let some charitable government official drain their brains and let the rest of the world use it without reaping the benefits or saving it for later.  I was lucky to be there at the right time when the universal principles and training methods of hand to hand combat were developed and methodically and intensively taught! I did it.

I’ve made available to anyone that wants to read and watch videos of how exactly it’s done. I’ve realized most people don’t realize how much they need it or how much they might need it or how much it’s crucial that if they would need it and when they would need it has to follow the exact recipe suitable for hand to hand combat and not just something that look alike delivered by a rough man in a karate suit or yoga pants says.

So respect to the pioneers, the sensationalist figures that helped change military histories, save human lives, contribute to successful operation determined the loss or retention of a country etc. The difference I’ve made was to reach the top of the ladder on both the most realistic H2H combat training system and Documentation and combine them. On top of it, I’ve designed a long reading book to flood one’s brain in one direction blocking all the other to lead them to the most crucial conclusion and savor them for future use and even apply them to other areas of interests. [Boaz Aviram, Israel Defenses Forces Krav Maga Top Expert and a Certified Public Accountant]!